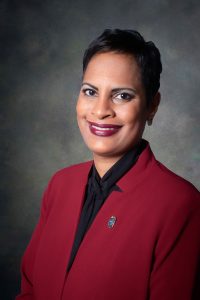 tor April Sampson graduated from Washington University in St. Louis in 1995 and from the University of South Carolina School of Law in 1998. She became a member of the South Carolina Bar in November of 1998.  Mrs. Sampson began her legal career with Protection and Advocacy for People with Disabilities where she handled legal matters for those with physical and mental disabilities.

In 2011, Mrs. Sampson joined the Fifth Circuit Solicitor’s Office, where she worked as an Assistant Solicitor and Team Leader handling the prosecution of defendants charged with major felonies.  In January of 2019, she was promoted to Circuit Deputy Solicitor, where, along with handling her own caseload, she assists the Solicitor with managing and overseeing the office and training new assistant solicitors.

She also participates in the South Carolina Bar’s Mentoring Program as a mentor and helps coach mock trial teams at Dutch Fork High School and the University of South Carolina School of Law. 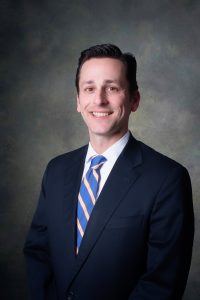 In the fall of 2003, he joined the Fifth Circuit as a law clerk and has been working there ever since.

Throughout that time, he has served as an Assistant Solicitor and later as a Team Leader assigned to prosecute an assortment of violent crimes to include Murder, Armed Robbery, Sexual Assault and Burglary.

In January of 2011, Mr. Goldberg was appointed to the position of Deputy Solicitor, where he was tasked with a variety of additional management and administrative responsibilities. He continues to serve in that role today along with being the Violent Crime Team Leader for the Richland County Office.

Mr. Goldberg has previously spoken at numerous training seminars presented by, among others, the South Carolina Bar, the Magistrates Advisory Council, the South Carolina Solicitor’s Association, the South Carolina Commission on Prosecution Coordination, and the University of South Carolina. Additionally, he has made it a regular practice during his career to take part in various law enforcement, educational, and community outreach programs. 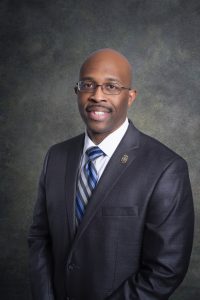 Curtis A. Pauling, III is the Deputy Solicitor for the Kershaw County office of the Fifth Circuit Solicitor’s Office.

He earned a B.A. degree in English from Clemson University in 1997 and received his Juris Doctor degree from the University of South Carolina School of Law in 2000.

He was sworn into the South Carolina Bar in November 2000.

Upon graduation from law school, he clerked for the Honorable L. Casey Manning, Circuit Court Judge for the Fifth Judicial Circuit.

June 2004, he joined the South Carolina Attorney General’s Office where he prosecuted a wide variety of criminal cases across the state to include criminal domestic violence, internet crimes, murder, and drug trafficking.

He was a member of the State Grand Jury Division prosecution team from 2005 until 2014.