Columbia – On June 16, 2022, a Richland County jury found Michael Gamble guilty of Homicide by Child Abuse for the killing of his five-year-old son, Jaiden Hammond.

On January 22, 2019, EMS was called to the Defendant’s home where they found the child unresponsive and showing signs of rigor. They attempted to resuscitate Jaiden and eventually transported him to the hospital, where he was pronounced dead.  His body was covered in bruises, including some on his right hip, torso, back, left cheek, right cheek, and chin.

The Defendant provided law enforcement with multiple versions of the events leading to the child’s death.  Additionally, his girlfriend told law enforcement that she heard the Defendant beating the child with a belt around midnight for about 10 minutes because he had been acting up on the bus the previous day.

An autopsy was performed by a forensic pathologist, where he found that Jaiden sustained multiple subdural hematomas and other brain injuries. He testified that these injuries happened within two hours of his death and that the head injury would have caused immediate effects, rendering the child unresponsive within an hour of the fatal blow.

Based on evidence and testimony as to when the injuries had to have occurred, the child was in the Defendant’s custody at the time the injuries were inflicted. Further investigation revealed video clips that Mr. Gamble had taken of his son where Jaiden indicated he was going to call 911 on his father for beating him.  In response, the Defendant coached his son on what to say if anyone asked if he was beaten at his house.

The jury deliberated for an hour before finding Gamble guilty and the Honorable Robert E. Hood sentenced the Defendant to Life in Prison without the possibility of parole.  The case was prosecuted by Assistant Solicitors Anna Browder and Melanie Darko. 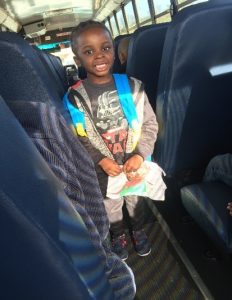